Chuck Swoboda: How to Uncover Your Innovator’s Spirit

Innovators are not taught, they are willed. Chuck Swoboda, the CEO of Cree and Marquette University’s innovator-in-residence speaks of a concept he calls the “innovator spirit,” and that to be an innovator, we must focus on the person over the process. Chuck Swoboda is the Innovator-in-Residence at Marquette University, president of Cape Point Advisors, and the retired chairman and CEO of Cree, Inc. He serves on several company boards and is host of the Innovators on Tap podcast and author of The Innovator’s Spirit.

At Cree, he helped lead the company from $6 million in revenue to over $1.6 billion as they started the LED Lighting Revolution that led to the obsolescence of traditional light bulbs. Chuck is a co-inventor on 25 patents covering LED and Lighting related technology.

In 2010, Chuck was named Ernst & Young’s Entrepreneur of the Year for the Carolinas. During his time as CEO, Cree was recognized as MIT Technology Review’s 50 Smartest Companies for 2014 and as one of Fast Company’s World’s 50 Most Innovative Companies in 2015.

Explore more talks from Awakening here. And keep up with us on social media to be notified about future events. 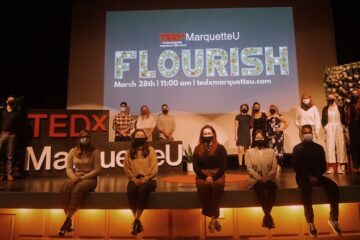 Listen to Talks from “Flourish”

On March 28, 2021, we hosted our spring conference: Flourish. We were thrilled to share this experience with 100 Marquette and Milwaukee community members. However, we don’t want our speakers’ ideas to be confined to the Read more… 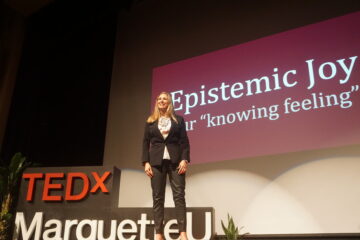 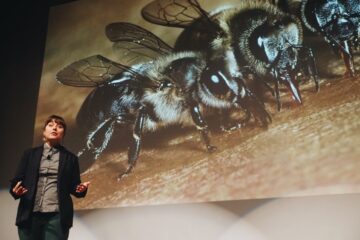 Dr. Chelsea Cook is a recent addition to the Biological Sciences department at Marquette University as an assistant professor. Previously, she has worked in New York, Colorado, and Arizona before coming to Milwaukee, Wisconsin. She Read more…